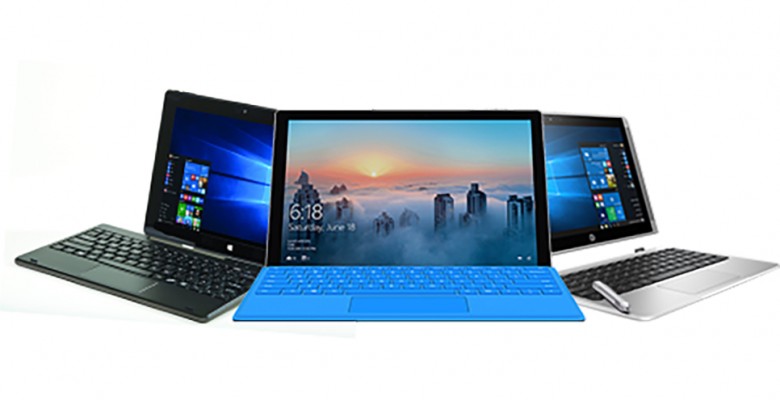 When working in schools I’m always asked the question “We want to buy some new devices for our students but what should we get?” Before I even consider answering that question I ask how much they would like to spend and what they want that device to do. Going back a few years, this would have been a major problem because schools didn’t have many options as to what they purchased in the way of hardware.   They could either buy an expensive laptop, or a cheap netbook that would only last them 18 months. Since the revolution of the tablet and the cloud, options to schools have become a lot broader and prices have significantly dropped.

There are three classes of devices available, the low end device, the mid range device and the best you can buy. In an ideal world I would tell all schools to buy the best that they can but it always comes down to budgets and what the schools needs actually are.

Microsoft kindly provided me with three different tablets that sit perfectly in each of these ranges. A Viglen Duo Tab, HP X2 210 and a Surface Pro 4.

The Viglen Duo tab is the low end device that currently costs £179. Don’t let that price tag fool you though as when I say low end tablet I don’t mean it will only last a few months and break easily. The Viglen Duo Tab is a sleek 2 in 1 tablet. The 10″ touch screen unclips from the keyboard and features a rear facing camera enabling your students to use the device to take pictures and use it in a tablet form.  Subsequently they can snap the screen back onto the keyboard and it can be used like a laptop. The device comes with 32GB SSD and 2GB memory along with the usual ports USB 3.0, Mini USB, Mini HDMI, headphone jack and micro SD expansion slot providing you with the ability to expand the storage of the device.   Viglen state the battery life will last around 8 hours so will certainly see you through the whole school day.

The HP X2 210 is the mid range tablet that costs around £280. Again, like the Viglen Duo Tab the HP X2 210 is a 2 in 1 tablet. When paying that little bit more, one would expect the device to be of better spec.  However, there isn’t much difference between the Viglen and HP device. The HP x210 comes with 64GB SSD storage space and 4GB of memory. The extra 2GB of memory certainly makes the device run a lot smoother but, in terms of performance, there isn’t much difference between the HP and Viglen device. The main attraction is that the HP device is cosmetically more appealing. The casing of the HP has a more premium look to it with the mouse and keyboard feeling a lot more robust than the Viglen device. The HP also sports Bang & Olufsen front facing speakers, which gives out a very crisp sound, but in an everyday classroom this isn’t something that would be needed. The device comes with a USB-C port for charging which offers faster charging than the Viglen Duo Tab and also includes USB 3.0, Mini USB, Mini HDMI and a headphone jack. One thing the HP really lacks is the rear facing camera, which makes it a bit limited in it’s tablet form. The battery life of the HP again isn’t much different from the Viglen Duo Tab and lasted around 9 hours when testing.

The final device Microsoft sent me was the king of tablets, a Surface Pro 4. This really is the crème de la crème when it comes to tablets. When Microsoft first released the Surface Pro series they set out for it to be the device that could replace your laptop.   With the Surface Pro 4 I think they have achieved just that. With it’s pricing starting at just over £600 this is a higher end device, but when you look at the device you can see that it’s worth every penny. The performance of the device is head and shoulders above it’s competitors and is a thing of beauty to look at. The Surface Pro 4 that I received from Microsoft came with 4GB of memory and 128GB SSD of storage. It also features an Intel i5 processor, which means it is capable of running those high-end applications. The Surface Pro 4 series does offer a range of specifications with the top end containing 16GB of memory and 512GB SSD storage along with an Intel i7 processor. The flap on the back is now fully adjustable so you can have the device positioned however you would like it so there’s no need to sit awkwardly with it on your lap. The thing I love most about the Surface isn’t how sexy it looks, the faultless performance or the accuracy of the pen, it’s the keyboard and mouse.   There is nothing I hate more than going to use a device and finding that the mouse is clunky and non-responsive or the keys are spaced too close together and very clicky. The Surface Pro 4 provides you with a keyboard and track pad that work just as they should. You can find a more detailed insight into the Surface Pro 4 in issue 4 of The Feed.

So what is the right device for you and your school? There is no right or wrong answer here. I think the question you will need to ask first is “What do you want from that device and what do you want it to do?”  If you want a device that’s going to sit on your school domain and work faultlessly with whatever you throw at it then the Surface Pro 4 is what you need.  However, if you want a device that will be used to access the likes of Office 365 and work in the cloud then a cheaper device like the Viglen Duo Tab is perfect for you